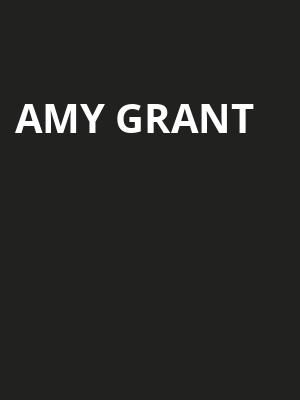 Amy Grant brings her award winning music to you!

Ever since bursting on the scene as a young teenager in 1976, Grammy award-winning Amy Grant has built a long, successful career on music that comes from her heart, and matters. This year sees her bringing her sensational talent to the North American road. Make sure you don't miss Grant's contemporary, award-winning Christian music when she comes to a town near you!

Throughout her extensive career, Amy Grant has always been top of the game. Earning six Grammy awards, six platinum albums, three multi-platinum albums and four gold albums, as well as achieving 10 Top 40 singles, and releasing numerous hits - there really is no slowing her down!

You may be required to wear a mask during this performance. Please contact the venue directly for more information.

Sound good to you? Share this page on social media and let your friends know about Amy Grant at American Music Theatre.